At The U.S.S. Batfish, visitors may step back in time and reflect for a moment as they venture into the forward torpedo room, imagining the echoing voices of history aboard this submarine. The U.S.S. Batfish engines throb as it cuts through the eerily silent darkness. Viewers may take hold of one of the wheels and ponder the responsibilities of a World War II submarine captain with a crew of 80 lives. As the warning siren begins to shriek, tourists transition into warriors. With just a little imagination, a visit to the U.S.S. Batfish at Muskogee’s War Memorial Park takes families deep under the sea in a faraway time.

War Memorial Museum: The submarine took its name from a ferocious fish of the West Indies, and took it very seriously. The U.S.S. Batfish was launched in 1943 and entered World War II with unparalleled vengeance. No other submarine was able to do what the Batfish did - sink three submarines, plus 11 other vessels for a total of over 37,000 tons of enemy shipping. 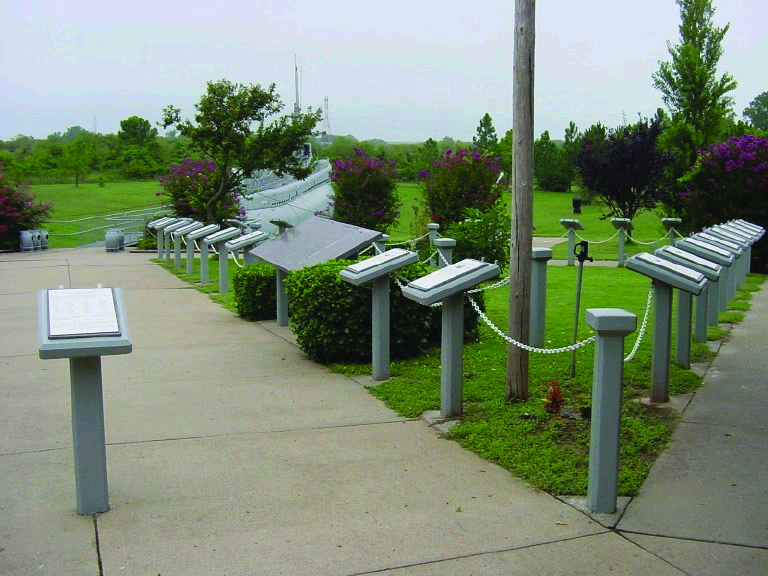 Memorials: Fifty-two submarines were lost during WWII, but they still live on in a thought-provoking memorial at War Memorial Park. A series of bronze stands, label each ship and its crew, 3505 brave sailors in all. The surrounding peaceful grounds of Muskogee’s War Memorial Park provide visitors with a place to reflect on times past.

At The U.S.S. Batfish and War Memorial Museum, families, historians, and submarine enthusiasts can find an immersive collection of America’s great history.